Almost everything is unloaded from my truck the evening I arrived at Okie-Tex. I took this picture because some people have asked why it takes me so long to get ready for the star party. It takes me a good week to collect, verify and pack everything in their cases or carriers.

I was inspired to post this after seeing Jerry’s  What’s in my Bag article. Seeing his spread of equipment I’m guessing he carries a bit more than I do. What I love about Jerry’s picture is you see whats in all the cases. That’s whats in my cases, except I don’t need jar openers 🙂  There are a lot of parts and pieces to being an astrophotographer.

This 2018 trip I was traveling pretty light, around 700lbs of gear. Ensuring you have everything needed for the trip and carefully packing it away takes time. The last thing you want being far from home is finding your missing a special cable or adapter.

Changed out my theme here and I’ve got a bunch of little bugs and formatting to clear up.  Since I’ve been tweaking and reviewing I see many text format issues with past posts. Can’t blame that on the theme change, that happened when I migrated to this hosting provider a year ago. Just never noticed until now.

The Okie-Tex Star Party ended a week ago running Oct 6th through October 14th. Timing couldn’t have been worse for the weather this year. And I’ve been to almost every Okie-Tex since they moved the event to Camp Billy Joe in 1999. This being my 18th trip to the Oklahoma pan handle its never been so bad weather wise. Cloudy, drizzle on many days, rain and lightning storms on some, hailed one afternoon, and just more clouds day after day.
There was not a single night that it was clear for more than a few hours. I have to base some of that on my friends reports as I left early. Really early, like Monday evening. It was obvious after two days of drizzle and rain it wasn’t going to get any better. And it didn’t.
That said I did get to experience the reason I drive out here every year. As part of the setup crew I arrived Thursday evening and that night was one of the best I’ve seen in some time. It was a visual treat, the sky was crystal clear, the milky way blazed in all its glory, meteors darted across the sky. As I had nothing setup I just laid back in my chair and enjoyed a pristine night sky for hours and hours.
Was that Thursday night special simply because I hadn’t been in a class 1 Bortle sky in a year? No, not exactly. This is the water vapor image for Thursday night, about 4am Friday morning:

There was an exceptionally dry air mass sitting over the region. So dry the next day as we setup the field the temperature shot up to the low 90s with a relative humidity of 14%. Desert like conditions, I couldn’t drink enough water. Friday night was pretty good, almost like Thursday but with a few more clouds, black shapes in the sky, floating through getting thicker after midnight.

Its unfortunate those that came Saturday never experienced the Okie-Tex skies. After talking with Tim and Chuck it seems this year’s star party was much like 1998, that year was cloudy the entire week also. Lets hope this cloud out only happens once every twenty years.

In some of the farm fields around me springs arrival is celebrated by emergence of a purple carpet. Not all fields will have this having been freshly tilled preparing for planting. Likely corn. Other fields were prepared  a month or more ago for grasses or wheat. The fields yet to be worked for crops are far from barren as the Henbit flowers in a pink-purple color. From a distance the sight is very nice: 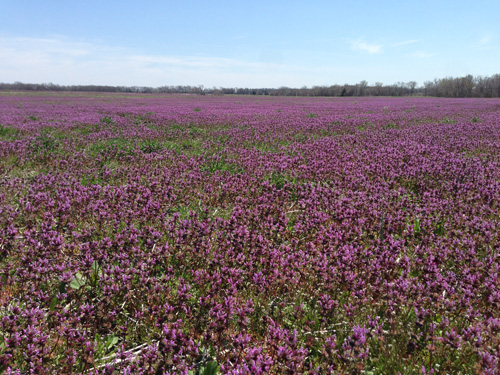 Soon the field I took a picture of will be prepared for crops and the Henbit will be gone. Thats ok as the flowers don’t last all that long. But while their at peak color the fields have a wonderful color to them.

This is the first of a series of posts. While Earth Day was Sunday April 22nd celebrating the place we live on for only one day seems to short. I’m going to observe Earth week. 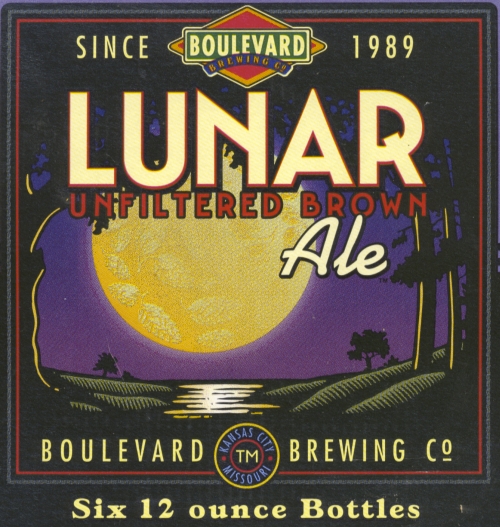 This was Monday night, October 18th, our first all night clear sky for the 2017 Okie-Tex star party. Just before darkness I got into position.  During the day I chose a spot to get the entire star party field. About the start of astronomical darkness I started a series of photos to build the panorama above. Click the image for a bigger version.

Technically it was our third night of the star party. Really it was the first good night as Saturday was cut short with clouds and most people are tired from traveling that day. Sunday night we got smacked with rain, hail and wind after watching a tremendous display of cloud to cloud lightning to our NNW. So as darkness fell Monday night you  could feel the excitement for a good clear night on the field.

Surprisingly (to me) this is my first nightscape panorama.  Its made from two rows of six exposures each 30 seconds long, landscape orientation with a 14mm lens. I didn’t get the coverage exactly right, lost track of my count on the second row. So the top very right corner I had to fill in. I should have taken a few more shots to ensure proper overlap,  need to execute a bit better.  This image isn’t perfect, likely I’ll tweak it a bit but overall I’m pretty happy with it.

Wow what an interesting past few days its been. I got to see the eclipse! Unfortunately I didn’t get to experience its full grandeur.  My spot in Nebraska had persistent cloud issues and the very moment of totality a swath of low level clouds moved over the sun. Yes nearly the exact moment. Unbelievable. I saw the hole in the sky for just a few seconds. There was never a chance I’d see the sun’s corona in its full glory.

I have very mixed emotions as I write this tonight.

Happy experienced the approach of totality, the sun and moon slowly converging. The sudden darkness that fell as totality started and the surreal twilight like horizon all around me. The perceived shortness of the event (what! two and a half minutes can’t have just passed!).

Yet I’m also a bit sad I didn’t get to experience the complete spectacle, the sight of an eclipsed sun in a clear dark sky. I didn’t get to see the corona in its full glory nor any planets appear.

It will take me awhile to get over this. Seven years until the next American eclipse.